Hospice Visions provides spiritual care to individuals and their families at a difficult time in their lives.

The Hospice Visions Bereavement Program provides families with grief support for 13 months after the death of a loved one. The first year following the death of someone you love can be a difficult time and our Bereavement Team is available to support the survivors. Having a strong support system in place is an important part of the healing process. Our Bereavement Team understands the unique needs that often occur when working through grief.

Hospice Visions is proud to partner with other community organizations to provide bereavement support for children through "Because Kids Grieve". 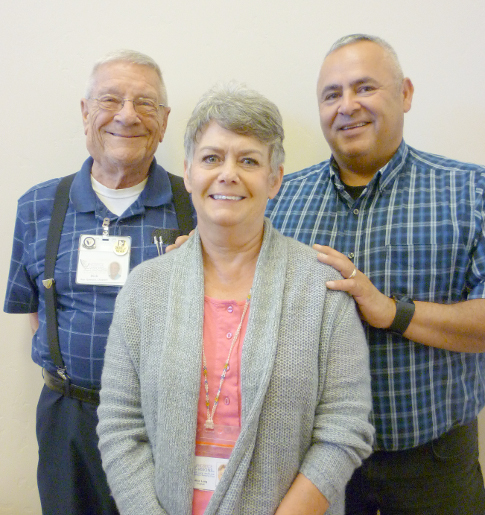 Alice Long is an ordained, non-denominational minister, having nine years experience as a hospice chaplain.

She holds a Doctor of Ministry Degree in Franklian Psychology (Logotherapy) from the Graduate Theological Foundation. Logotherapy is a meaning-centered therapeutic form of psychology that works well with the terminally ill and their families. It centers on the personal discovery of meaning, even in the most miserable of circumstances and the unchangeable fate of death.

She is a faculty member of the Victor Frankl Institute of Logotherapy, teaching accredited classes for the institute. She has presented papers at the International Logotherapy Congress several times and taught Logotherapy in Israel. She has papers published in the International Logotherapy Forum, the official publication of the Victor Frankl Institute of Logotherapy. Her emphasis in those presentations/papers were "Finding Meaning" in the dying process for the patient and/or family and "Finding Meaning and Reaching a New Normal" in bereavement.

John was commissioned as an Army Chaplain in 2007 and currently serves with the Idaho Army National Guard as well as the associate Pastor for Eastside Southern Baptist Church in Twin Falls, Idaho.

John has taught music education K-12 in the New Mexico Public Schools and has served as a minister in churches in New Mexico, Texas and Idaho primarily in the areas of music and student ministry. John has served as Chaplain for Encompass Hospice, ST. Luke’s Clinical Pastoral Education Program and currently serves as Chaplain and Bereavement Coordinator for Hospice Visions, Twin Falls, Idaho.